As an artistic mobile game company, we believe one of the most important functions of art is to comment on society, especially in divisive times such as these. As such, we decided to use the level art from the last stage in our upcoming game, Escape From Clowntown as an art protest. Here is what we wrote:

MuricaX- An art protest. The United States is at a crossroads. We are a nation built on the backs of slaves, with racism, bigotry and injustice ingrained in the very fabric of our society.

The past 8 years forged a path towards equality and progression, but the 2016 presidential election took a huge dump on all that. It showed us how far we have to go, and how much harder we will need to fight in the upcoming years. Half of our country seeks to normalize social injustices like racism, homophobia, xenophobia, and misogyny, and the other half is frustrated and fearful for their safety.

MuricaX highlights the horrific injustices we now face as Americans. It’s meant to unite the minorities who now have targets on their backs. It’s a call to people to share it with the world under the hashtag #MuricaX. It’s also a call to artists to channel their fear into art and create their own vision of what injustice looks like, under the same hashtag.

It’s meant as a peaceful protest against the dangerous path our country now walks, and an initiative to create beauty out of so much pain. This is not the America that we were meant to be. So join me in the MuricaX revolution, and share this post. 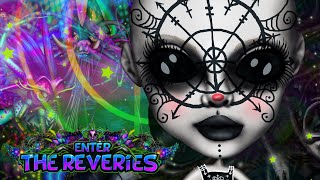